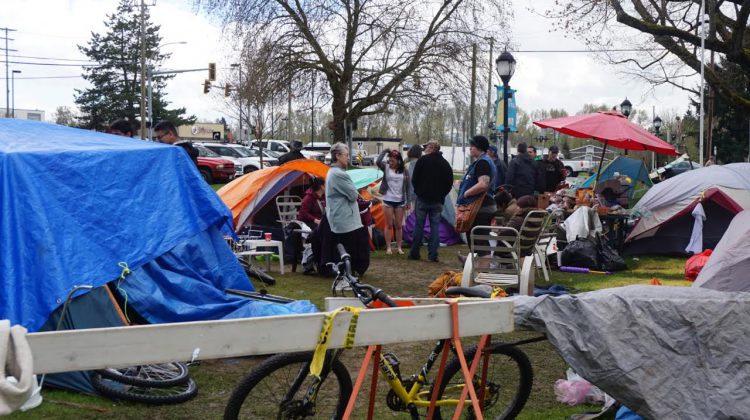 The campers at Charles Hoey Park in Duncan remain, despite an injunction by the City of Duncan to vacate by 3pm Thursday. Over 60 spectators gathered round the tents, but no officials arrived to remove the campers.
Camp organizer Chrissy Brett says she does not agree with the way the City is handling the situation.
Brett says there are between 20 and 30 regular campers at the site in Downtown Duncan.
General Manager of Warmland Shelter Dave Street says they can shelter up to 30 people nightly, and on Wednesday night, had four vacant spaces. They’ve also received approval from BC Housing for 15 additional spaces if necessary.