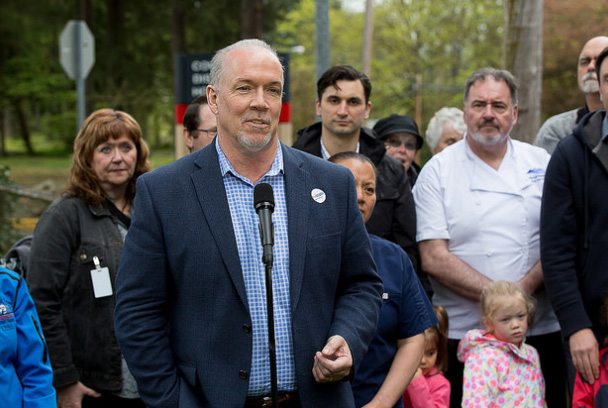 Flanked by party faithful, Horgan says the NDP, if elected, will build a new hospital in the Cowichan Valley.

And, he says it will be state-of-the-art and built with BC wood.

Horgan says the BC NDP has a $10 billion capital plan build schools, hospitals and housing.

Andrew Weaver says MSP premiums are an election issue as a result of pressure put on the government and opposition by the Green Party.

He says the B.C. Greens would roll MSP premiums into the income system, making it a progressive tax and reducing the burden on low income residents.

He adds the plan is fully costed in the Green Party platform.

Weaver was in Parksville today for a rally.

Liberal leader Christy Clark is in Surrey today where she is encouraging British Columbians to vote early.

She told the party faithful only the Liberals are in a position to protect B.C. jobs…

Today is the first day the advance polls are open at electoral offices throughout the province.