Industry Teams Up To Remove Derelict Vessels from Cowichan Bay 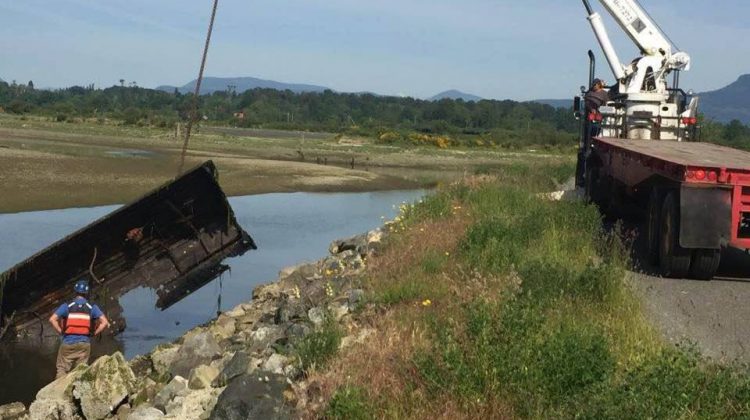 Photo: Lori Iannidinardo, Director, Area D - Cowichan Bay Facebook Page
Pacific Industrial Marine, Western Stevedoring and Western Forest Products have come together to help remove derelict vessels from Cowichan Bay.
Owner of Pacific Industrial Marine, Brian Thacker says abandoned boats in the bay have been increasing in number, so they started the process about 6 months ago to get permission to start pulling them out.
Thacker says the removal of the next three vessels will be a bit more difficult to remove, and may require the help of a helicopter. He says the issue of derelict vessels is a big one that needs attention from all levels of government.
He says the cost of removing the six vessels will cost the companies between 35 and 45 thousand dollars. Thacker says they decided to do this because they all work in Cowichan Bay and want to do their part to enhance it. He says they frequently stop boats from drifting into the bay when they can.
The federal government has since announced funding to help remove derelict vessels across Canada, and Thacker says they will apply for some of that funding, although there is no guarantee.