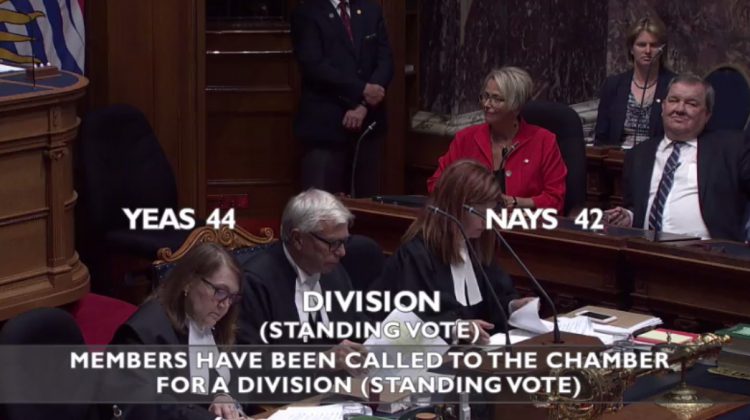 That’s after her party lost a confidence vote in the legislature yesterday (Thurs) and shortly after the speaker, Liberal Steve Thomson resigned.

Lieutenant Governor, Judith Guichon has now asked the Leader of the Opposition NDP to form government.

Premier Christy Clark has some advice ahead of an NDP Green alliance government…..

Clark has said she will take her place in the opposition benches.

Nanaimo North Cowichan MLA Doug Routley says an NDP Green alliance is good news for the Island…..
The MLA for the Cowichan Valley says no one wanted to go back to the polls.
Sonia Furstenau says another election would not have been in the best interest of British Columbians…..