First Gold for Team BC goes to Cowichan Valley athlete 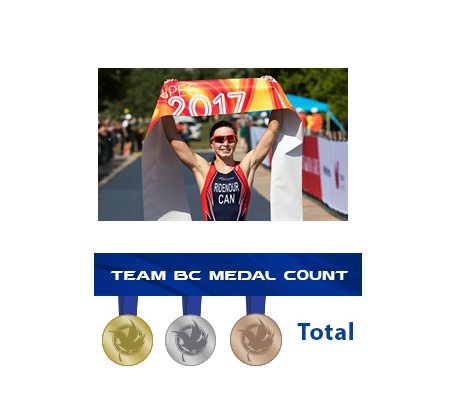 Team BC is on the medal board and one of those is a gold won by a Cowichan Bay athlete.
Triathlete, Desirae Ridenour of Cowichan Bay won the gold in the blistering heat in Winnipeg at the 2017 Canada Summer Games.
Her teammate from Victoria, Hannah Henry, was less than 30 seconds behind to finish with the silver medal while in the men’s race Michael Milic of Delta won a silver.
Diving also added to the medal total with a silver medal in the men’s 3M synchro competition and, in athletics, the para throws team added a gold and a bronze in discus.