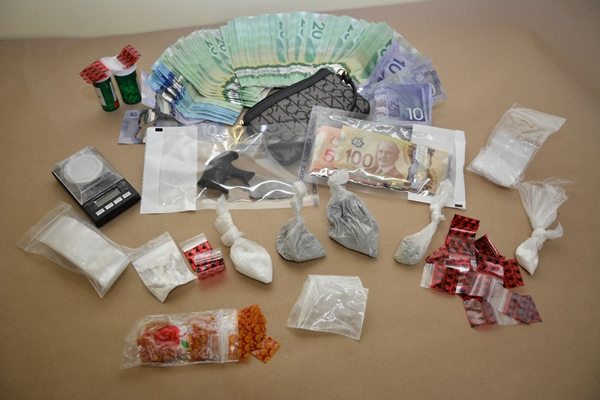 Two people were arrested and a quantity of drugs and cash were seized after the North Cowichan/Duncan RCMP Street Crimes Unit executed a search warrant.
It was at a motel unit within the 2500 block of Alexander Street Friday.
A 29 year old woman and a 32 year old man were arrested from within the unit without incident.

A search of the unit resulted in the seizure of significant quantities of drugs and cash including drugs suspected as opioids, cocaine, and methamphetamine.

Various instruments related to trafficking were also seized including packaging, scales and weapons.
Given the suspected presence of opioids and other illicit drugs, bylaw enforcement for the Municipality of North Cowichan was notified.
The drugs have been sent to Health Canada for further analysis.