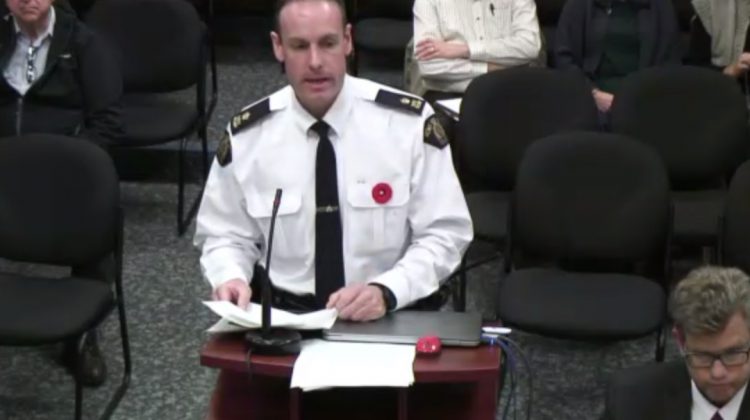 The North Cowichan/Duncan R.C.M.P. are going to be targeting distracted drivers for the rest of 2017.
On November 1, Inspector, Chris Bear provided North Cowichan council with an update on third quarter operations.
Distracted driving trails only speeding as the top killers of motorists on B.C. roadways and Bear says enforcement is one of the areas that need to improve moving forward.

In the third quarter, the local R.C.M.P. detachment handed out a total of 25 violation tickets and warnings (116 year-to-date).

The calls for R.C.M.P. service increased by approximately four percent in the first nine months of 2017, as compared to the same period of 2016 and Bear says the local detachment ranks dead last in the island district in proactive patrols, or extra time officers have to look for crimes.