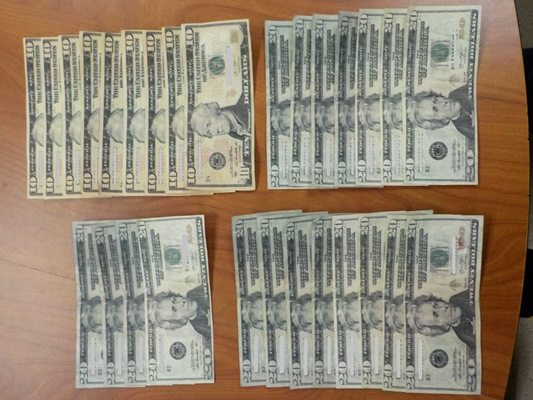 North Cowichan/Duncan R.C.M.P. have broken up a counterfeit ring in the Maple Bay area and arrested a 41-year-old man.
Jay Vulcan was arrested at a local store on Monday, while he was attempting to return items purchased with fake money.
He faces five new charges connected to counterfeiting money and after police executed a search warrant, they arrested other people in the Bazett Road residence.
Police have seized many pieces of evidence, including printers, scanners, printed money, and other items.
Vulcan is before the courts on existing counterfeiting charges.
The local R.C.M.P. is working with the United States Secret Service in connection to U.S. counterfeit money.
Tags: Bazett RoadcounterfeitcourtsDuncanfake moneyJay VulcanMaple BayNorth CowichanRCMPsearch warrantUnited States Secret Service