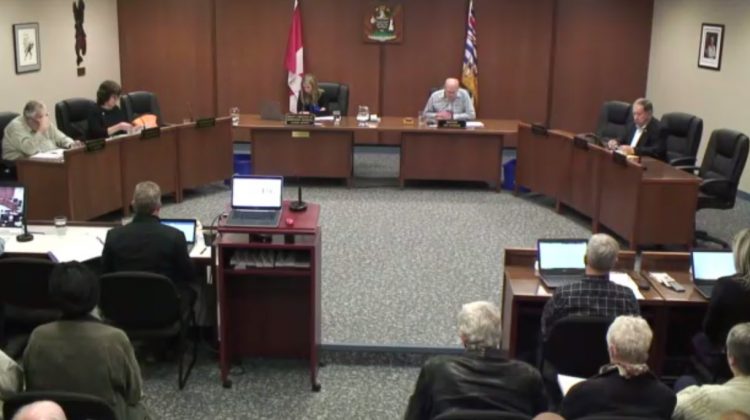 Corrective measures have been taken against a councillor with the Municipality of North Cowichan.
Just what measures have been imposed on Councillor Joyce Benson has not been released, but Mayor Jon Lefebure read a statement about the incident that led to the decision ahead of Monday’s Special Council Meeting.
Mayor Jon Lefebure says an employee levelled harrassement and bullying complaints against Benson back in the spring and after an investigation, the allegations were confirmed…..
Benson took issue with the statement being read at the venue and made a statement of her own…..
Benson’s statement was met with applause from the gallery and then the meeting carried on as per the agenda.