A Visit with the Host of Hometown Hockey 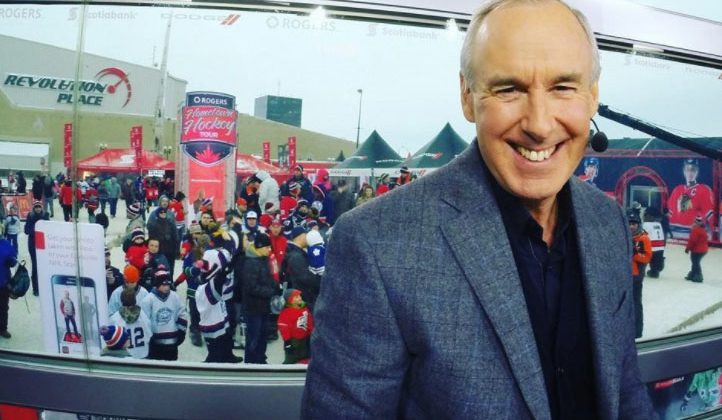 Hometown Hockey descends on Duncan and the Cowichan Valley Saturday and Sunday.

Host, Ron MacLean is in Corner Brook, Newfoundland hosting Hockey Day in Canada on Saturday and upon arrival in the Cowichan Valley, Duncan Mayor Phil Kent is picking him up.

Sportsnet is also broadcasting from Sarnia, Ontario on Sunday and MacLean draws a parallel between Duncan and Sarnia.

In the last two years, the event has come to both Nanaimo and Victoria and MacLean loves the opportunity to tell local stories and he’s discovered that even if cities are close to each other in proximity, they have very different stories to tell.

Greg Adams and Brendan Morrison will be featured on the Hotstove Sunday at 2:15 p.m. and are signing autographs throughout the weekend.

He says there is a great story about Cowichan Capitals Defenceman, Simon Chen, who is hoping to compete for China in the 2022 Beijing Olympics.

Months of planning culminate with the two-day event this weekend, including the Parade of Champions, interviews with former Canucks, Brendan Morrison and Greg Adams, autograph signings and the group 54-40.

MacLean says two events, in particular, are his favourites.

MacLean thinks Hometown Hockey is special because people have the opportunity to share their stories.

Groups Lovecoast, Wise Youngblood and 54-40 will grace the main stage throughout the weekend and MacLean says depending on who you ask, 54-40 is better than the Beatles.

The Vancouver Canucks have had their struggles this year and they head into Winnipeg Sunday afternoon to battle the high-flying Jets.

Ferguson is friends with Chicago Blackhawks goalie, Jeff Glass and they both saw shots from Jets sniper, Patrick Laine, or if you ask MacLean, they saw the vapour trail.

If MacLean’s prediction is correct, the Jets will make it out of the first round of the playoffs for the first time since 1987.

He says the Calgary Flames are scary right now, and the Vancouver Canucks have some good pieces in place, like Head Coach, Travis Green, along with forwards Bo Horvat and Brock Boeser.