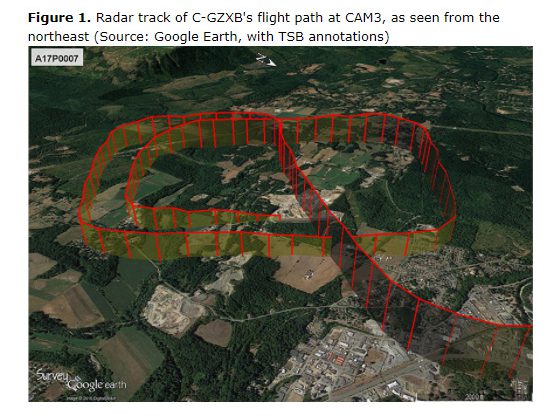 The Transportation Safety Board has concluded its investigation into a small aircraft crash that happened north of Duncan in January of 2017.

The investigation did not result in any recommendations.

It did find the aircraft was high on its final approach and had remained airborne for at least one-third of the runway length before touching down.

Then in an attempt to takeoff, the Cessna wasn’t going fast enough and collided with several trees and power lines.

The plane, operated by the Victoria Flying Club with an instructor and student pilot on board was trying to land at the Duncan Airport as part of a training exercise.

The instructor was seriously injured, and the student had minor injuries.

Fines for People Not Wearing Masks in Indoor Public Spaces