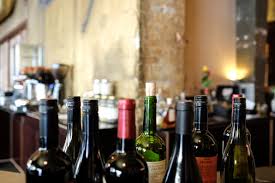 - Advertisement -
The province has announced it will formally challenge Alberta’s ban on B.C. wines through the Canadian Free Trade Agreement’s dispute settlement process.
In the meantime, a spokesperson for the Wine Island Vintners Association says a program, announced by the province, will do little to help Island wineries who are going to be squeezed by the boycott of B.C. wines in Alberta.
Brenda Hetman-Craig, who is also a co-owner of 40 Knots Winery in Comox says the government’s plan to promote B.C. wines in liquor stores could hurt Island wineries that are too small to be part of the provincial liquor distribution system.
She says there are other consequences that could result from the boycott of B.C. wines in Alberta too……
She says the best Island wineries can hope for is loyalty within its current customer base.
- Advertisement -
Facebook
Twitter
ReddIt
WhatsApp
Email
- Advertisment -
- Advertisment -
- Advertisment -