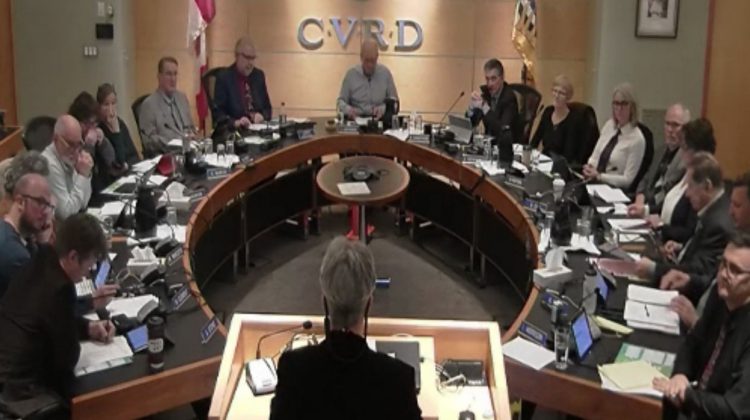 The delegation presented its case to the board regarding how the C.V.R.D. decision to issue an ‘operational pause’ at the fire department effected both the firefighters and the community as a whole.

Doctor, Brenda Bernhardt speaking on behalf of the fire department challenged the board’s decision, questioning its commitment to public safety.

During the nine days that this operational pause was in effect, the Lake Cowichan and Honeymoon Bay fire departments serviced Mesachie Lake and Bernhardt says the added response time could have proved deadly.

The operational pause was lifted on February 2, and while most of the crew returned, both Fire Chief, Gary Eve and Deputy Chief, Owen Robertson were relieved of their duties.

Members of the C.V.R.D. board listened respectfully, but aren’t permitted to respond to personnel issues.