Relations Between Alberta and B.C. Continue to Sour 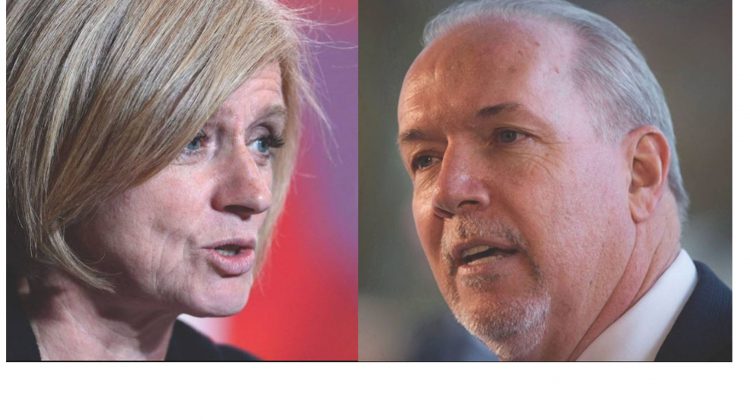 It’s friends off between B.C. and Alberta.

In the latest chapter in the ongoing Kinder Morgan pipeline expansion dispute, the Alberta government has spent an estimated $62,000 dollars on newspaper advertising in B.C.

An advertisement in the Vancouver Sun, the Globe and Mail and other papers read ‘we used to be so close,’ and is an attempt to create more support for the expansion to go ahead.

However, the B.C. government is against the pipeline expansion because our province is faced with most of the risk involved in the event of a spill and Cowichan Valley Green Party M.L.A., Sonia Furstenau says what the Alberta Premier is doing, refusing to accept B.C. imports, is illegal.

Furstenau adds that the provincial leaders have a responsibility to safeguard their environment and she stands behind the B.C. Premier’s stance.

Alberta Premier, Rachel Notley has imposed a ban on the importing of B.C. wine to our eastern neighbours.

There are 16 wineries in the Cowichan Valley that will be impacted by Notley’s decision to cut ties with the B.C. wine industry.