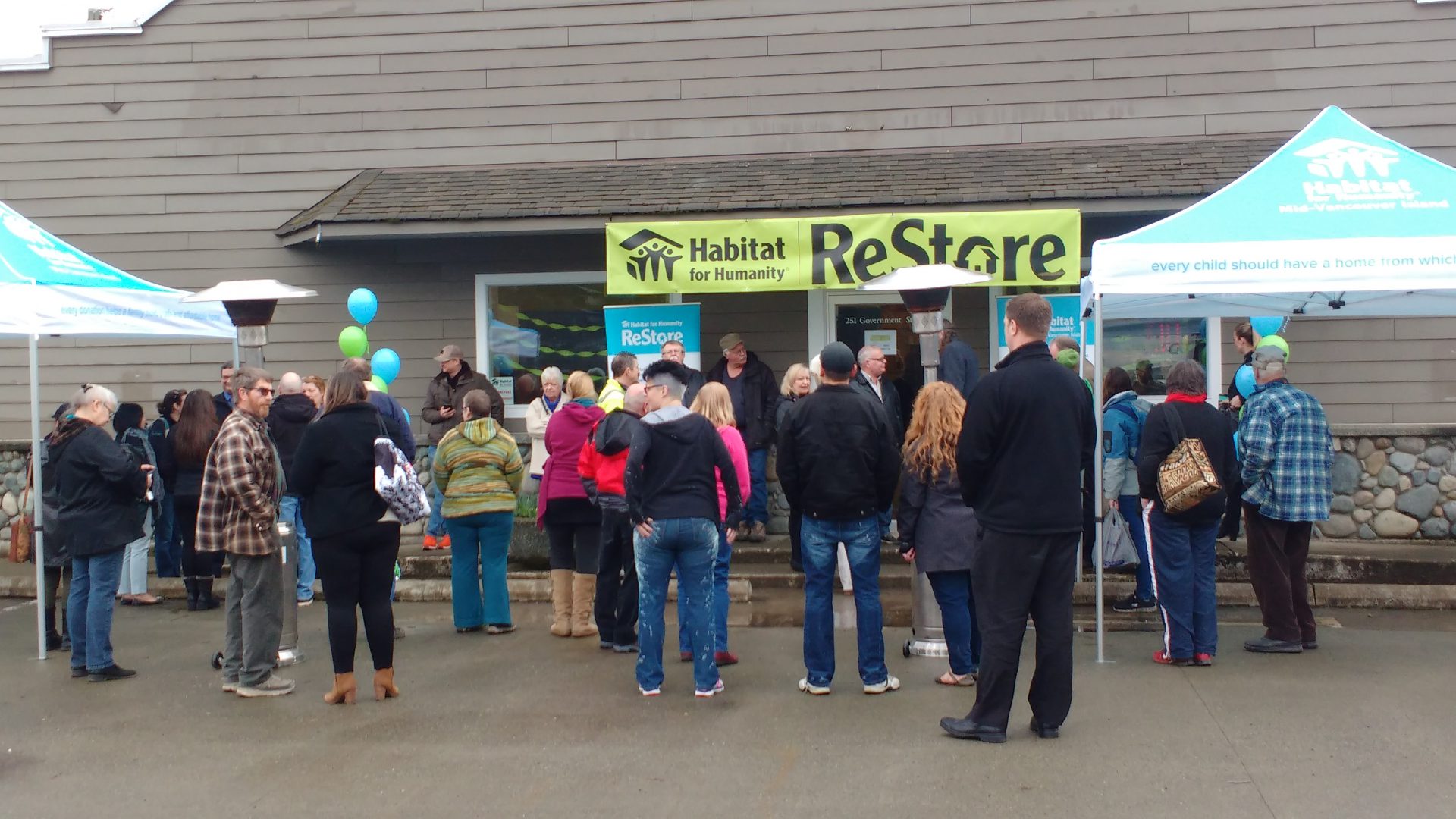 The Habitat for Humanity Restore is officially open in Duncan, following a ribbon-cutting at the old Griffiths Plumbing building on Government Street.

Habitat for Humanity’s mission is two-fold in the Cowichan Valley; take new and used donations and sell them through the ReStore, along with creating affordable home ownership in the area.

Habitat for Humanity takes possession of the land on Cowichan Lake Road in mid-March and the plan is to build three and four-bedroom homes for larger families in need.