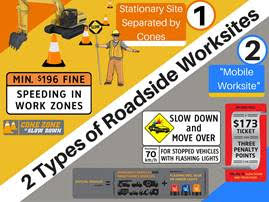 Mainroad crews are out and about on our highways performing a series of spring highway maintenance activities.

Those include bridge washing, grading and dust control, mowing and landscaping, reflector replacement and sweeping.

But if crews are out, there will be signage, cone zoned work areas, traffic control personnel and slow-moving vehicles.

Mainroad is asking people to slow down and show some respect for the person working at the side of the road.

If you do want to report a road hazard like debris, dead animals, fallen trees, defective signs, bridge damage, potholes, flooding, washouts, mudslides and various other driving hazards you can call Mainroad at 1-877-391-7310.