Vigil planned for Humboldt Broncos in the Cowichan Valley 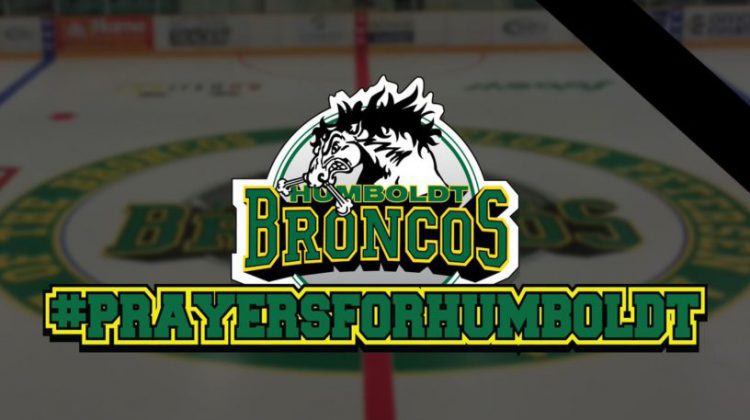 The tragic hockey bus crash, that killed 15 players, coaches and broadcasters with the Humboldt Broncos, has prompted a Cowichan Valley resident to initiate a public vigil.
Miranda Froese says she’s from a hockey family and felt the pain of the incident, like many in the Valley and was moved to initiate a public event…..
Froese says unfortunately the Kerry Park Arena, where she initially hoped to hold the vigil on Thursday is booked, so she’s had to find an alternate location.
The vigil will start at 6 on Thursday and will take place at Shawnigan Hill Park at the Lacrosse Box in the Beach Estates.

She says anyone who wants to speak at the event is invited to send her a message through Facebook (https://www.facebook.com/miranda.froese.9).

The owner of the Kerry Park Islanders says many of the team and coaches that are in town will be at the vigil on Thursday to show their support for this tragedy.

Mark Osmond says the incident has hit close to home as the team frequently travels on a bus to and from games and generally, he says it’s a fun time for the boys.

He says the ride is usually full of bonding and jokes just as it likely was for the Humbolt team on that day.

Osmond says he’s expecting a different atmosphere on the bus next season as the team processes what, exactly, happened last Friday.

The Cowichan Valley Minor Hockey Association has contributed 5,000 dollars to the Go Fund Me page that was set up to help support the families affected by the tragedy.

The money is from the Cowichan Valley Memorial Midget C Tournament fund.

An Association spokesperson says it is an extremely difficult time and “our
thoughts and prayers are with the community of Humboldt”.

You can contribute to the fund to support the families affected at https://www.gofundme.com/funds-for-humboldt-broncos.

That fund has grown to nearly 6 million dollars since Friday.