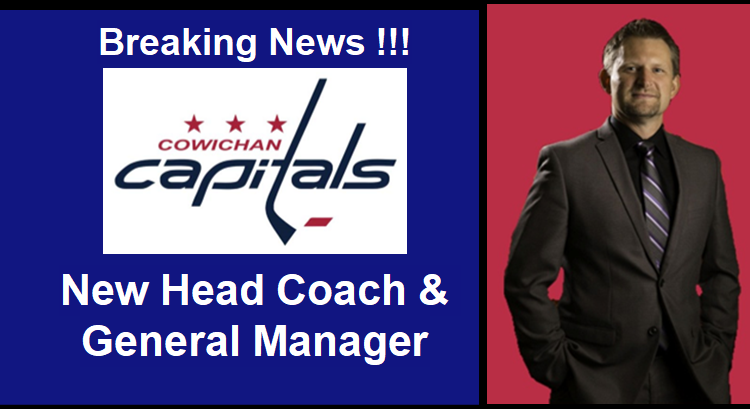 He’s Mike Vandekamp and, according to the club, he brings a wealth of experience to the Capitals, with 23 season of Junior Hockey in the BCHL, WHL and AJHL, having coached over 1475 games.

Vandekamp has taken his teams to the finals 8 times, and most recently spent 7 seasons as the head Coach of the Nanaimo Clippers.

Vandekamp says he’s always loved the rink and the club will do everything it can to make it the toughest rink to play in as a visiting team and a place where the fans can come and be proud of their local team’s effort every night.

He will begin working immediately as the team’s General Manager of Hockey Operations and Head Coach.

Former General Manager and Head Coach, Brian Passmore will remain with the Capitals in the position of Hockey Development.

Passmore will be involved with the Capitals U16 Program and other youth hockey initiatives.