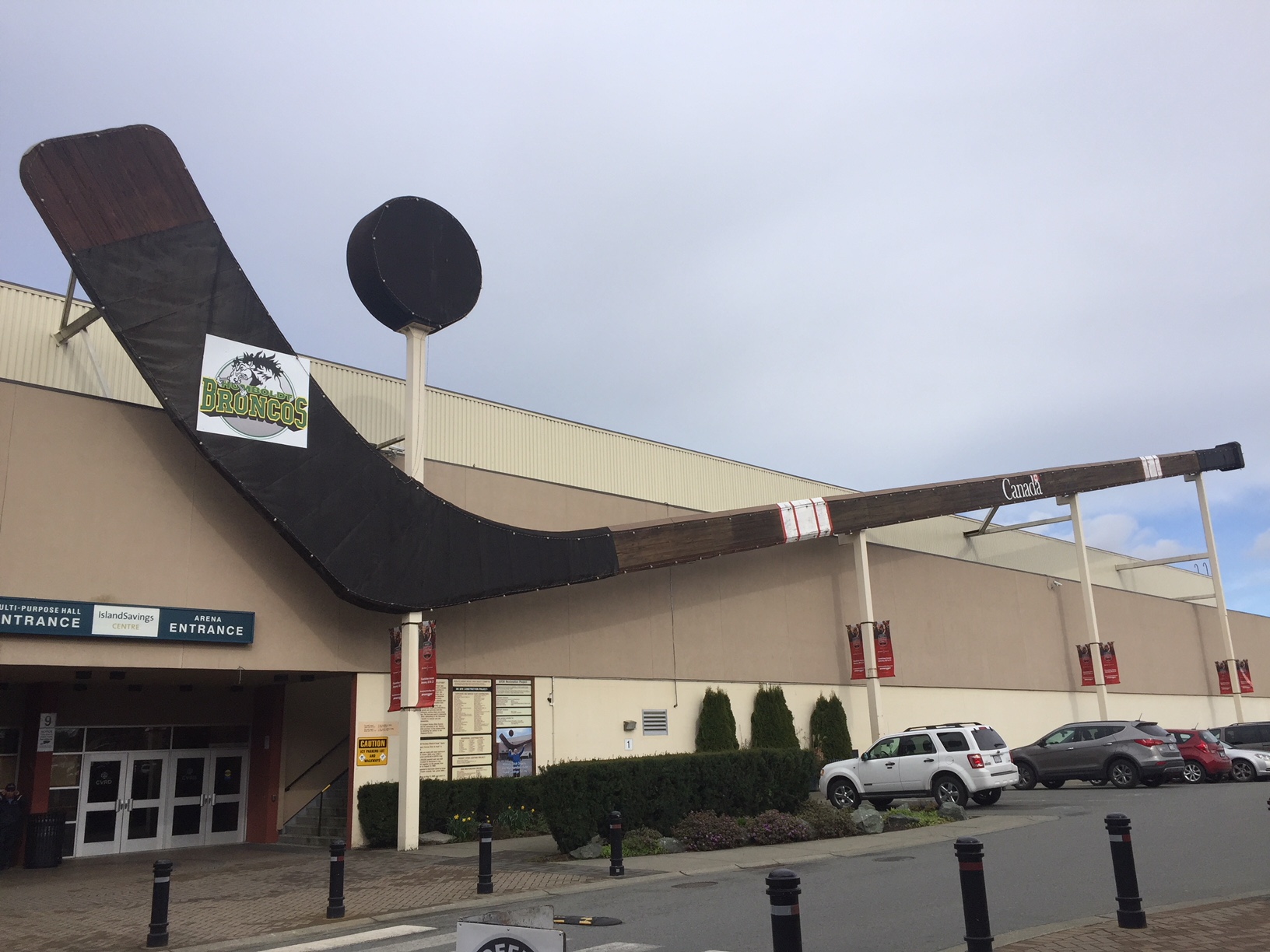 Duncan has the world’s largest hockey stick and it seems only fitting that it would be used to pay tribute to the Humboldt Broncos.

Manager of the Island Savings Centre Terri Askham says the Broncos logo will be prominently displayed on the big stick tonight.

A local company is providing flood lighting that will light the stick in green and gold tonight.

C.V.R.D. Board Chair, Jon Lefebure says it’s important for Cowichan Valley residents to share the grief they’re feeling for the Humboldt community and the members of the hockey team.

The ‘put your sticks out campaign’ is a nationwide movement to honour the memory of the 16 members of the Humboldt Broncos hockey team who were killed in a bus crash last Friday.

The big stick has a very old lighting system and it would be very expensive to change them over.

Island Savings Centre Manager Terri Askham says the lights will be displayed on the stick at around 8 p.m. tonight.

Across the world in Iraq, Canadian soldiers are taking part in the ‘put your sticks out campaign.’