Emotional vigils held in Cowichan Valley for the Humboldt Broncos 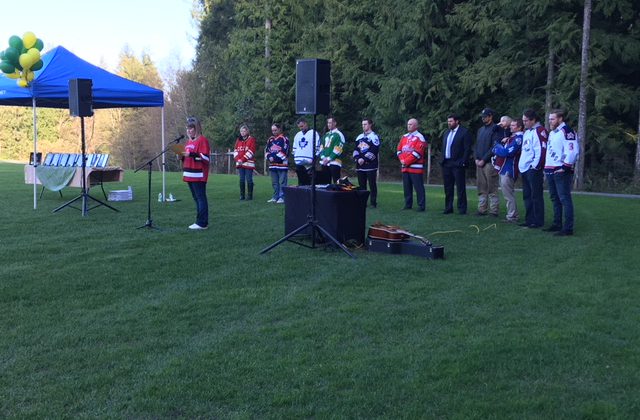 About 250 people attended an emotional vigil in the Beach Estates in Shawnigan tonight (Thurs). A former coach of the Humboldt Broncos and the current coach at Shawnigan Lake School, Bob Beatty says the incident hit close to home for many……

Gordon Kean is a student at Shawnigan Lake School and was there with his team, who is coached by Beatty……

Dale Purinton, head coach of the Kerry Park Islanders says how Canadians have pulled together during this time is pretty remarkable….

At Island Savings Centre, another group, numbering close to 250 turned out for the lighting of the big stick. A local company offered to light up the world’s largest hockey stick in honour of the Humboldt Broncos.

The Go Fund Me page for the Humboldt Broncos has now surpassed the 10 million dollar mark.