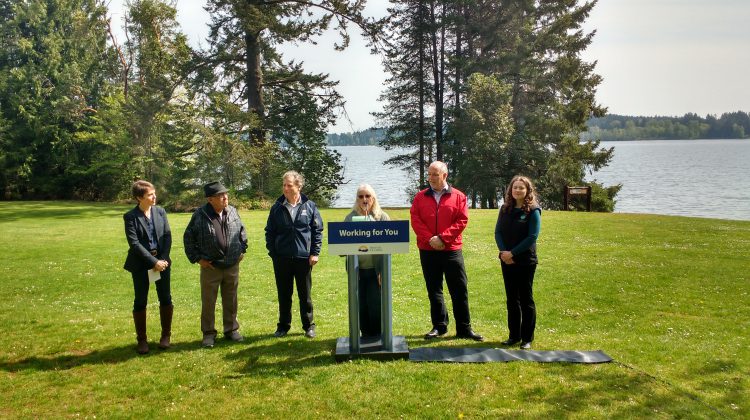 The Premier was in Shawnigan Lake earlier today to make an announcement.

The province purchased six parcels of land, spanning 190 hectares, including 144 hectares in the Eagle Heights area near the Koksilah River.

The Communications and Outreach Officer with the Habitat Conservation Trust Foundation Shannon West says protecting land has many benefits.

BC Parks cover more than 14 million hectares throughout the province and Premier John Horgan says there is a lot of protected land in the Eagle Heights area.

Cowichan Valley Green Party MLA Sonia Furstenau says a number of groups have put a lot of time and effort into protecting this area.

Protecting the Eagle Heights area cost the province more than seven million dollars and Horgan is thankful to the groups who partnered with the province in this endeavour, including Cowichan Tribes.

Both the Cowichan Valley Regional District and Cowichan Community Land Trust made donations of about 625 thousand dollars combined.

BC officials say no tax for unvaccinated, will assess if some restrictions may be lifted