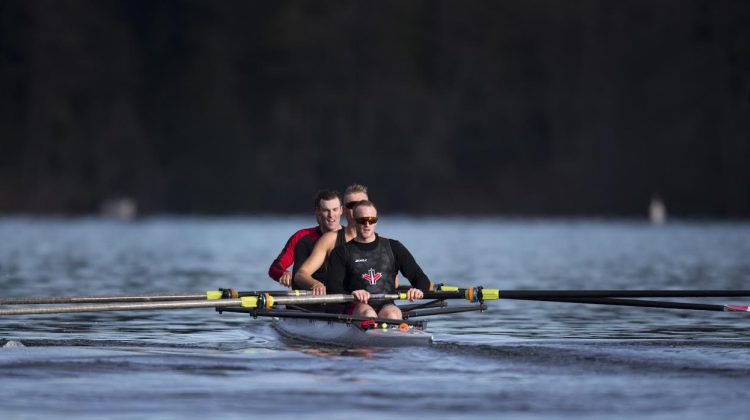 Some of the best rowing talent from Vancouver Island and the Lower Mainland descended on West Shawnigan Provincial Park for a regatta over the weekend.

Shawnigan Lake School is hosting more than 600 rowers and Director of Development at the school and former national team rower Greg Stevenson says this regatta is a tune-up for nationals.

The regatta runs from now until 2 pm tomorrow and Stevenson says the races take on many forms.

There are many competition categories including men’s and women’s along with under 15, 17, and 19 races.

Races go every eight minutes and the heats include singles sculls all the way up to eight member rowing teams.

Some big Cowichan Valley news comes in the announcement that the national rowing teams are using Shawnigan and Quamichan Lakes to train for the 2020 Summer Olympics in Toyko, Japan.