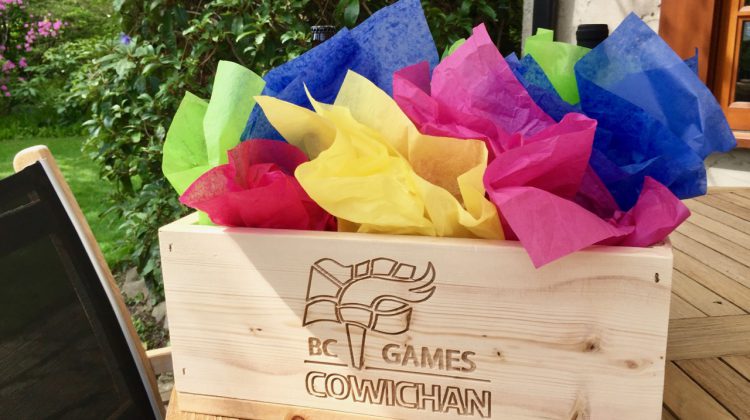 Cowichan Valley Open Learning Cooperative students build 60 Welcome Boxes for BC Summer Games VIP's
VIP’s attending the BC Summer Games in the Cowichan Valley will recieve a welcome package loaded with local artisan products when they arrive.
The items will come in a wooden gift box made by students participating in the School District’s Cowichan Valley Open Learning Cooperative.
Workshop teacher, Darian Achurch says he was approached by a Summer Games volunteer about having students make 60 pine boxes that included an etching on the face of them and, he says, once he got the students to buy in to the idea, the project was up and running…..
Achurch says some of the students were especially enthusiastic…..
One of the students involved says working on the project gave him some unique skills, including staying focused and being patient with a fairly repetitive task.
The boxes were made out of pine, which was donated, along with additional
construction supplies by Windsor Plywood.