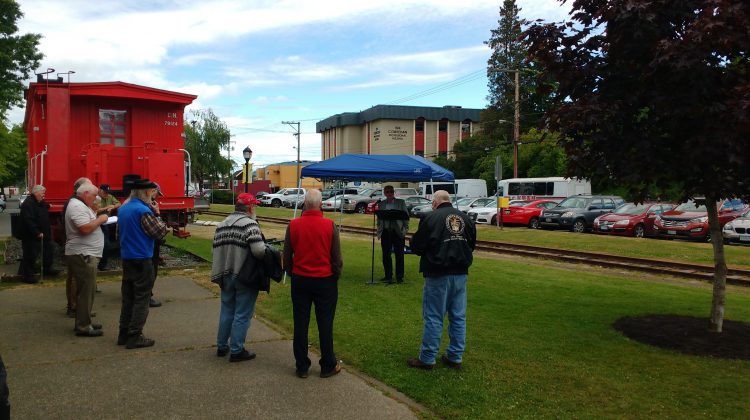 Picture taken at 'Restoration of the Railway' rally.

More than 30 people turned out for a ‘Restoration of the Railway’ rally at the Cowichan Valley Museum earlier today.

The message at the rally was one of encouragement, as Spokesperson for the E and N roundtable Jack Peake urged those in attendance to send letters to the provincial and federal governments, pushing for the recommissioning of a passenger rail service from Nanaimo to Langford and Victoria.

Nanaimo-North Cowichan MLA Doug Routley referenced the massive delays on the Malahat last week as one of the main reasons alternative modes of transportation are now in the spotlight.

The main message from the rally took was a call to action.

Peake urged those in attendance to write letters and call the provincial and federal governments about the need for a rail service.

Routley says BC Ferries is looking at the feasibility of a ferry from Mill Bay to Swartz Bay.

That ferry service would connect with bus service, taking people into Victoria.

Routley says Premier John Horgan is committed to addressing this problem, but as it stands right now, there is no business plan in place.