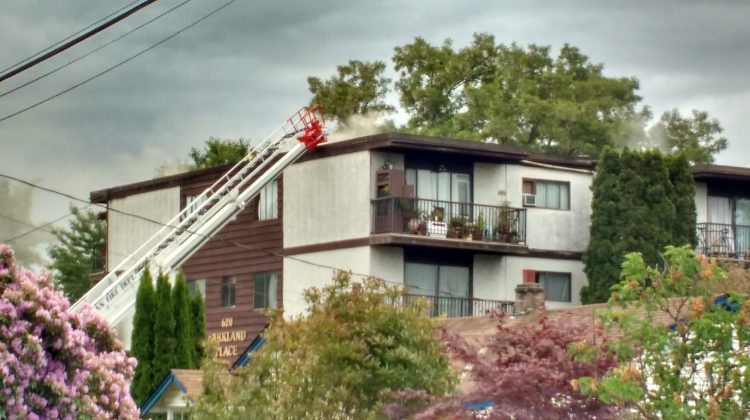 Fire at 620 Dobson Road in Duncan.

Approximately three-quarters of the Parkland Place tenants returned to their homes last night.

The side of the building at 620 Dobson Road that wasn’t devastated by fire is ready for tenants to move back in. However, more than 40 people aren’t allowed to return to their units due to extensive fire damage.

Sybille Sanderson, the Emergency Program Coordinator with the CVRD says Warmland House has opened its doors to some of those who have been displaced.

Sanderson says anyone with information about potential rental vacancies is encouraged to call either the CVRD or the Canadian Red Cross.

Red Cross personnel will be set up in the Maple Room at the Island Savings Centre from 9 until noon today and through next Friday, as those who are displaced try to find lodging.