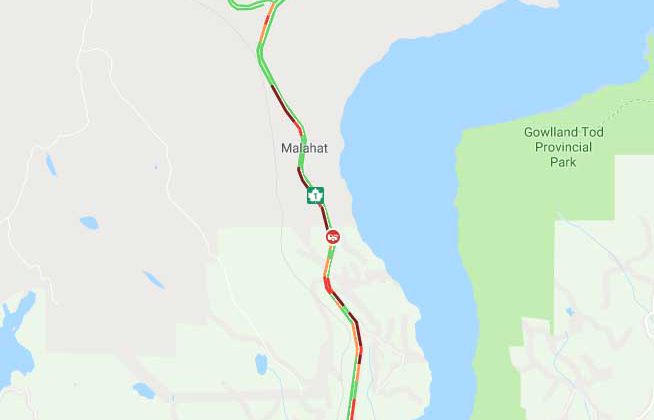 The crash that caused massive delays on the Malahat yesterday afternoon was fatal.

The accident happened just north of Aspen Road in a construction zone on the Trans-Canada.

RCMP and the B.C. Ambulance Service confirmed that one person died and two others were sent to hospital in serious condition.

The crash caused five hours of delays along the busiest corridor on Vancouver Island.