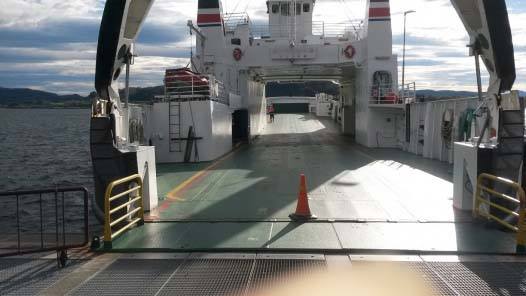 An alternative to the Malahat may still be a few years away, but the wheels are in motion at Dogwood Ferries.

The proposed ferry service would transport people from Cowichan Bay to Sidney and reduce the driving distance by more than 70 kilometres a trip.

The company has a letter of agreement with the Tseycum First Nation and Hildebrand says Dogwood would employ a number of Indigenous people.

Dogwood is in talks with Cowichan Tribes about this service and if all goes according to plan, the service would begin with one vessel in 2020 and a second a year and a half later.

The company is going to power its boats with electricity, not diesel and CEO Dylan Hildebrand says the company is in talks with B.C. Hydro, but after the power giant quoted an electrical bill for the service, Dogwood is actively trying to find cost-savings.

Hildebrand says government funding is key, as one run across the Saanich Inlet would require 750-kilowatt hours.

The daily kilowatt-hours per household is a little more than 22 per day.

The company plans to employ used ships during the start-up.