Human remains located near Ucluelet have been identified 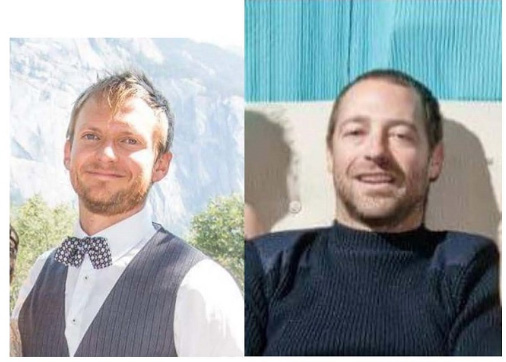 43 year old Daley, and 37 year old Archbald, went missing on May 16 after returning from a sailing trip from Panama.

RCMP have confirmed the remains of two people that were discovered close to Ucluelet earlier this month have been identified as Ryan Daley and Dan Archbald.

43-year-old Daley, and 37-year-old Archbald, went missing on May 16 after returning from a sailing trip from Panama.

They were headed to Jordan River.

Inspector Dave Hall, Officer in Charge of Unit says identifying Daley and Archbald is a significant step in the investigation and RCMP can now focus their attention on answering the who, what, when, where and why, in an effort to determine who is responsible for the deaths which are being treated as a homicide.

However, police say there is no evidence at this time that establishes the investigations are connected and police say the widespread use of social media and the internet as sources of information, risks drawing linkages that do not exist or spreading false information that becomes increasingly difficult for police to untangle in their investigation.

The family of Ben Kilmer, the missing Cowichan Valley man, released a statement upon learning of the confirmation of the deaths of Daley and Archbald.

In it, they offered their condolences to the families involved and said, although there is no evidence linking the Daley and Archbald case with Kilmer’s disappearance, they can certainly empathize with the families and share in their agony.

All three men disappeared on the same day.