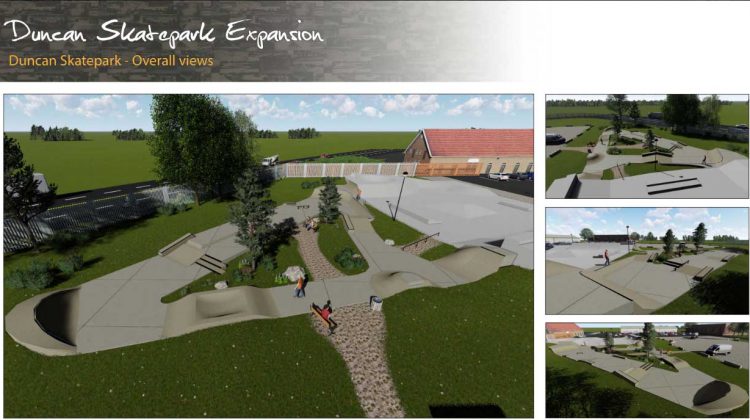 The expansion of the X-treme Skate Park in Duncan is expected to be completed by March of next year.

The design of the skate park required input from park users, and Cowichan Secondary students.

Director of Parks, Forestry, and Recreation with the Municipality of North Cowichan Ernie Mansueti says the project has been tendered to a company that has built other skate parks in the Cowichan Valley.

Mansueti says the expansion includes a lot of features.

A six thousand foot expansion is planned and will accommodate boarders, bikes, scooters.