Red light cameras up and running 24-7 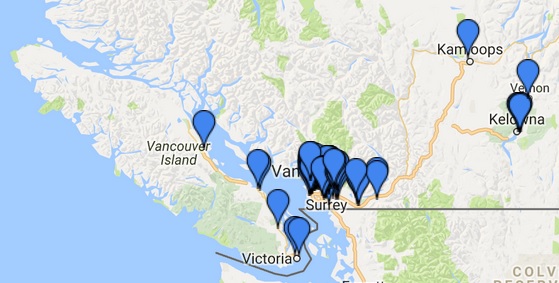 Map shows red light camera locations
Red-light cameras across the province will now be running 24 hours a day, seven days a week.
That’s up from the previous six hours a day.
Minister of Public Safey, Mike Farnworth explains how the cameras work….
He says the province is reviewing which intersections will get beefed up technology in the fall that will also record the speed of the vehicle as it goes through the intersection.
There are six red light cameras on Vancouver Island between Victoria and Courtenay.
In Duncan the camera is on the TransCanada Highway at Trunk Road where there’s an average of 49 crashes per year, that injure 29 people.
There’s a camera on the Island Highway at Aulds Road in Nanaimo where there are an average of 54 crashes every year, injuring 23 people.
The highest crash intersection, where a red light camera is up and running on the Island is in Nanaimo at the Island Highway and Norwell Drive where there’s an average of 62 crashes every year that injure 31 people.
A ticket from a red light camera offense will cost the owner of the car 167 dollars, but no demerit points.
We asked Farnworth if there’s been any movement on interval cameras for the Malahat.
He says not yet.