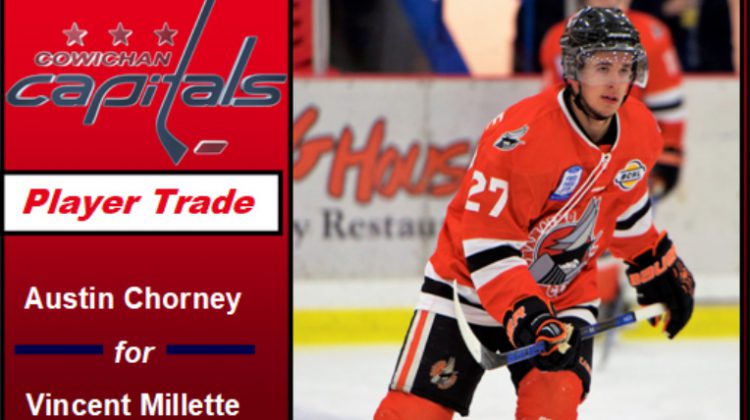 The Cowichan Capitals have completed another trade with the Nanaimo Clippers. They’ve acquired 20-year-old forward Vincent Millette. Going to the Clippers is 18-year-old defenceman, Austin Chorney. Chorney spent last season with the Salmon Arm Silverbacks but had been acquired by the Capitals in a trade involving 19-year-old forward Daine Dubois.

Millette spent the past two seasons with the Clippers. During the last season, the 5’11” 180 pound forward tallied 13 goals and 9 assists in 40 games. The Blainville, Quebec native has played 109 games in the BCHL and will add a veteran presence and leadership to the Capitals.