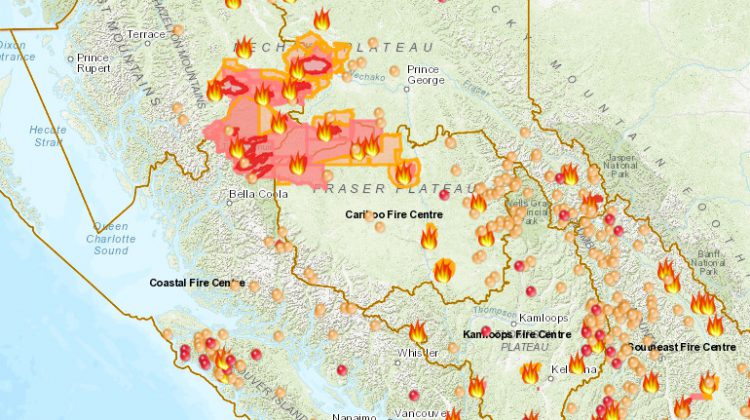 The BC Wildfire Service is defending it’s response to the forest fire situation in Zeballos where there’s been some criticism about the lack of resources sent to fight the fire.

Kevin Skrepnek, the Chief Fire Information officer with the BC Wildfire Service says there are 556 fires burning in B.C., 50 of them are considered “fires of note”, that’s considerable and, he says, the most he’s seen in his time with the Service.

He says he understands the criticism……

The Zeballos fire is burning out of control and threatening the small community which has declared a state of emergency.

In B.C., there are 28 evacuation orders in effect impacting two thousand 9 hundred properties and 49 alerts in place affecting more than 11 thousand properties.

Emergency Management B.C.’s Jessica Post says those who have self-evacuated should go back home…..