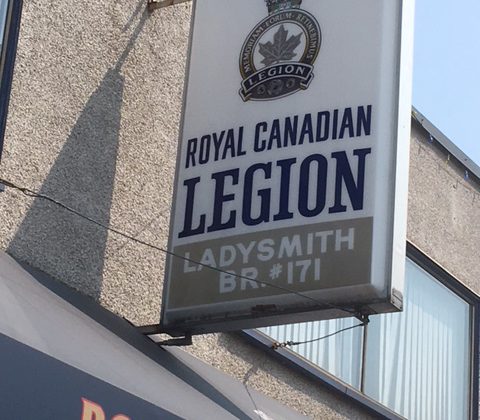 The Royal Canadian Legion Branch in Nanaimo has snagged another grant from the New Horizons for Seniors Program to make improvements to the building.

This one is for almost 23,000 dollars and will be used to do some much-needed work on the outside of the building, like fixing the roof.

Jeanne Seney, past president of the Legion says the money is much appreciated.

Seney says most legions are small non-profits and can’t operate without this kind of funding.

She says the facility is an important gathering place for local seniors.

She says, for example on Monday night, seniors come in to play crib and on a summer night there may be 24 people playing while in the wintertime that number swells to almost 50 and that’s a lot for the small community.

The Royal Canadian Legion Branch 171 has been funded four times since 2015 and has received almost 65,000 dollars to make improvements to the building in Ladysmith, including making the washrooms accessible and putting in new flooring.