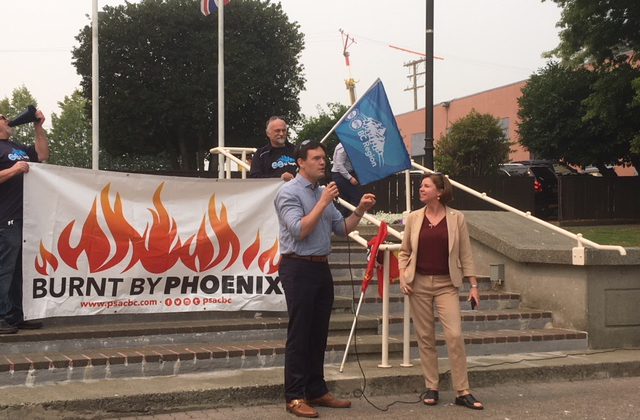 Just steps away from the Trudeau Liberals’ Cabinet retreat, protesters gathered by the 100’s to express their frustration and disappointment with the federal government.

They included a couple hundred pipeline protesters who were joined by members of the Public Service Alliance of Canada who were calling for a fix to the Pheonix pay system. 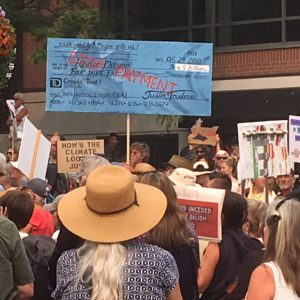 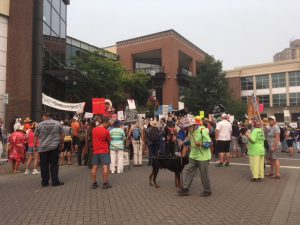 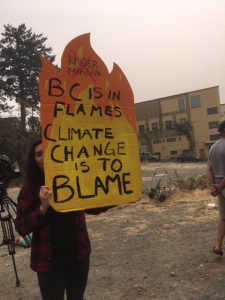 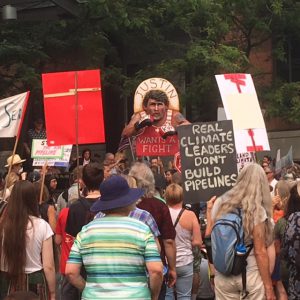 The Cowichan Langford MP, Alistair McGregor said there is, however, a ray of hope when it comes to the decreasing salmon population.

He said there’s a new fisheries minister who is a Coastal British Columbian he’s hoping will understand our issues.

McGregor joined his colleague from Nanaimo Ladysmith outside the cabinet retreat in Nanaimo where both suggested the smoke in the air ought to be a reminder to the Federal Liberal cabinet that something needs to be done about climate change.

Members of the Public Service Alliance of Canada brought in the big guns to drive their point home during a protest where the cabinet retreat is taking place. 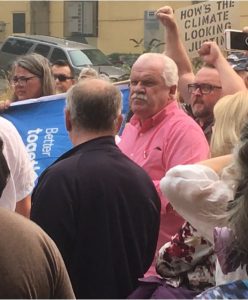 Chris Aylward is the National President for P-SAC and said there are 140,000 members, 82 per cent of whom have had mistakes in their paychecks thanks to the Pheonix pay system.

Aylward said there are about 600 members of P-SAC working in Nanaimo for the Coast Guard, CBSA and fisheries.

Aylward said members, including those who haven’t been affected by paycheck errors, are now looking for damages as a result of the stress they have suffered over the debacle.