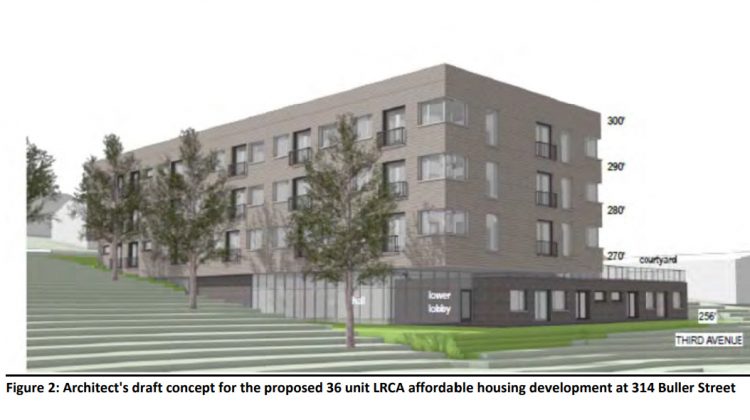 The affordable housing project in Ladysmith is moving ahead and the hope is, to have shovels in the ground next spring.

Marsh Stevens, President of the Board of the Ladysmith Resources Centre Association said 30 per cent of the 36 unit project on Buller Street would be set aside for seniors, there would be a couple of family units and units for adults with developmental disabilities.

Stevens said the Resources Centre has been working with parents of children with developmental disabilities for more than two years.

Those parents are thinking ahead as they age and trying to plan for the future of their children.

Stevens said they’ve got good support for the project from all the levels of government including the town of Ladysmith and BC Housing.

The project is estimated to be worth between 5 and a half and 8 million dollars.

He hopes shovels will hit the ground next spring.