Province extending state of emergency due to wildfires 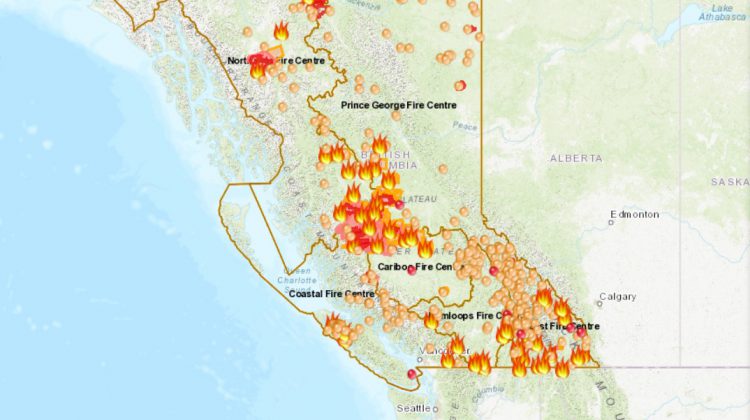 VICTORIA, B.C- The state of emergency in British Columbia will not be ending anytime soon.

According to the latest announcement from the provincial government, the current state of emergency (due to wildfires) has been extended through to September 12th, 2018.

It was first declared on August 15th. It will now be in place for the next 14 days, with extension or ending as necessary.

“The state of emergency declaration will continue to apply to the entire province,” read the announcement.

“This ensures that all needed resources can be delivered in a co-ordinated response to the wildfire situation and continue to ensure public safety, which remains the provincial government’s top priority.”

A total of 534 wildfires are burning throughout the province, with 34 evacuation orders affecting around 3,200 people, and 53 evacuation alerts covering close to 21,800 people.

“The Province’s decision to extend the provincial state of emergency will support the significant number of people who remain under evacuation orders and alerts,” read the announcement.

“The state of emergency gives agencies, such as Emergency Management BC, the fire commissioner, the Ministry of Forests, Lands, Natural Resource Operations and Rural Development, and the RCMP, the authority to take every action necessary to fight the wildfires and protect residents and their communities.”

During last year’s fire season, the province was in a state of emergency for 10 weeks. The previous declaration of emergency to that was in 2003.