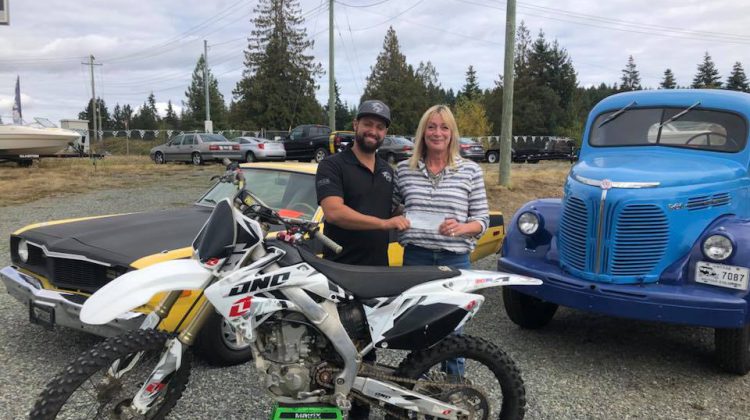 The owner of Pride Motorsports commented about the decision to take to social media to recover a stolen CR250 bike.

Dustin Hofer used Facebook to track the bike to a location in Nanaimo and ended up recovering it and he explains his decision.

“This summer, I’ve heard about nothing but stolen bikes, stolen watercraft, and stuff like that,” said Hofer. “When my cameras went off, the first thing to do is jump on the social media. I understand the power of social media and how quickly word can travel, the island is a pretty small place.”

Nanaimo RCMP Constable Gary O’Brien said not calling the police and, instead, opting to use social media was a risky move.

“They put themselves in harm’s way and we never advocate that,” said O’Brien. “They went onto a private property, they could have been met with violence, we know for a fact (they didn’t know), that the people there are involved in criminal activity and some are prone to violence.”

“Frankly, I think it’s unbelievable, you can’t be caught red-handed,” said Hofer. “The police are busy, I get it, we got the bike back, I’m happy with that, we are working with them, and things will play out like they should.”

O’Brien said the owner of the bike, in this case, Pride Motorsports, should have called the RCMP because using social media has left police with very little information to go on.

“Where the bike was found, it’s a very transient home known for criminal activity, people are coming and going all the time and, whether the people were forthright or not, the answer was ‘we don’t know who brought the bike here and when it was dropped off,’ based on that, there’s not a lot we can do,” said O’Brien.

Hofer said he’s called the police about stolen property before, to no avail and faced with a similar situation, he would use social media again.

Pride Motorsports donated $1,000 to Warmland House on behalf of the community and the followers who shared the post.