Tent city to clear out in 21 days 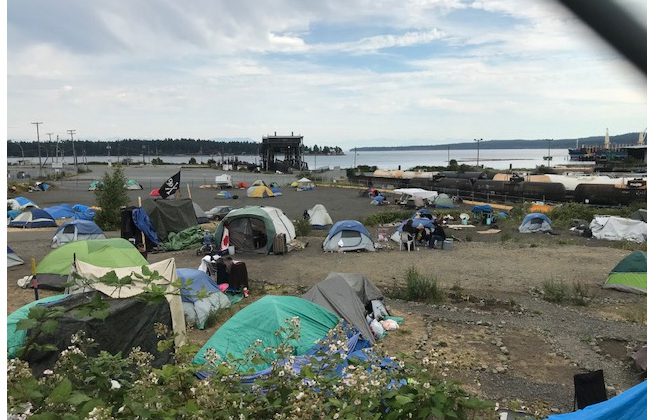 Despite having no alternative place to go, a Nanaimo judge has ruled the occupants of tent city in that community, must move on.

They’ve been given 21 days to vacate the property and then the City can move in and clear out the entire encampment.

Sandy McLellan, of the South End Community Association said it’s a relief for the neighbourhood that has been dealing with the fallout of the encampment of, as many as 300 people.

He said, for the health of the neighbourhood for the south end, “I am glad that this ruling came down but I will also say that it’s time for the City, the province and the federal government to come together and come up with solutions for these people.”

McLellan said the effects of the encampment and the large gathering of vulnerable people were magnified in their neighbourhood.

He says it put a lot of stresses on the neighbourhood that already has a lot to deal with.