Looking for a few good men and women 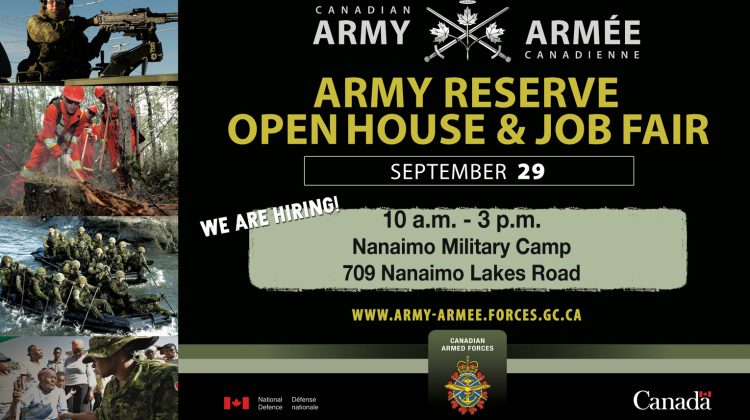 Ever considered joining the reserve?

All three Nanaimo-based Army Reserve units will open their doors to the public for the Army’s annual Open House and Job Fair Saturday.

It goes from 10 to 3 at the Nanaimo Military Camp on Lakes Road.

Captain Sean Breckenridge, the Army Reserve Recruiting Officer for Vancouver Island said the Army Reserves offer all kinds of opportunities for people aged 17 to 57 and even accepts 16 year olds.

He said plenty of soldiers have volunteered to do things like help fight the wildfires in the Interior, helped communities to prepare for major disasters and even deployed overseas.

When reservists participate in those activities they do get paid.

Unless they choose to do so, Army Reservists are not required to accept postings outside their communities in Canada or on overseas missions, unlike Regular Force members.

Breckenridge said there are other benefits too, besides part time work.

Reservists can learn about weapons handling, first aid, various other trades and tap into up to 8,000 dollars for their post secondary education.