Chunk of ice falls from the sky over Lantzville 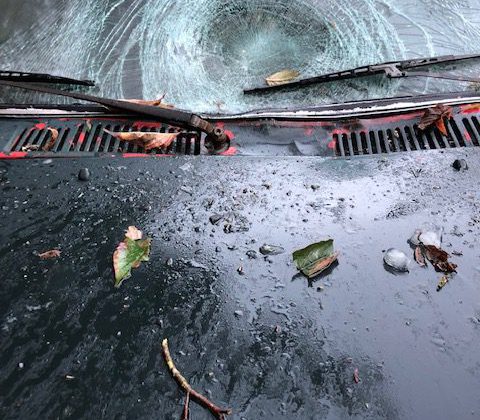 Transport Canada is investigating after a chunk of ice fell on a Lantzville man’s truck.

Peter Marshall says he was at home Saturday morning when around 6:45 he heard a loud noise.

He and his dog went out to investigate and found several chunks of ice had struck his truck.

“There was one large piece, it was probably volleyball sized, and then they went down from there to maybe a softball size and then golf ball sized.”

Marshall says the only explanation he has is the chunk of hard, white ice had fallen from a plane.

He says he called the Vancouver airport to report the incident worried that the falling ice may have damaged an incoming plane.

Marshall says he was told to call the RCMP to report it and then he spoke with Transport Canada who is investigating.