Liberals put up a candidate for critical Nanaimo by-election 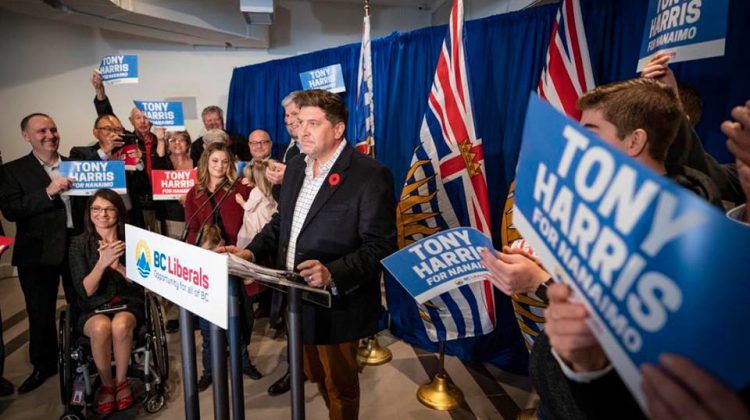 The Liberals have chosen a candidate to represent the party in a Nanaimo by-election.

The Liberals have a nomination process in place for candidates, but the party says Harris is the only name that has been put forward and he will be the candidate.

Harris is expected to face Sheila Malcolmson, the current MP for Nanaimo Ladysmith as the NDP candidate.

The BC NDP’s local constituency association will set a nomination meeting in the coming weeks that will make her candidacy official.

The Greens are also seeking to run a candidate.

The date of the by-election isn’t set yet, but Premier Horgan has committed to making sure Nanaimo has a new MLA in time for the provincial budget in February.

The seat is being vacated by Leonard Krog, who was sworn in this week as Nanaimo’s mayor.

A victory for the Liberals could upset the balance of power in the legislature.

If the NDP lose the seat, both the NDP-Green partnership and the Liberals will be even at 43 seats.

That outcome could lead to an early general election.