“Star” couple from Cobble Hill to be honoured 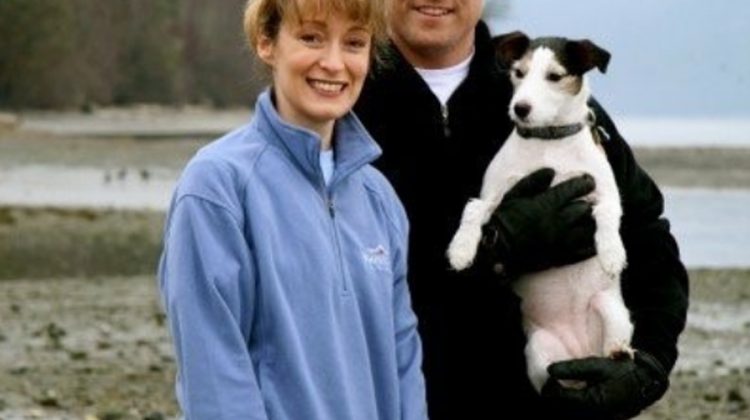 A Cobble Hill couple, one of whom is living with Multiple Sclerosis, has raised over one million dollars for MS research and support services.
Darcie James was diagnosed at 30 years of age.
“I have to really think about how to walk in a straight line.  I really have to think about how I am going to get my tasks for the day done and it’s hard.”
Her husband, Kevin said shortly after his wife’s diagnosis and after learning all they could about the disease, the pair got involved in a variety of fundraisers and, with the encouragement of his soccer buddies, Kevin started an event called Kick for the Cure.
The annual 10-hour marathon soccer game, Kevin said, started in Victoria in 2006.
“We moved the event up into the Cowichan Valley for the last 5 or 6 years.  It’s been fantastic.  So the Valley has been so supportive of all of our fundraising events and the MS Walk and the MS Bike Tour but as far as us putting on an event on our own, the MS Kick for a Cure has been great and involves kids and adults and we have some fantastic sponsors up here, it’s been great.”
The couple is being honoured for their fundraising efforts at the annual Women Against MS luncheon at the Fairmont Hotel Vancouver on November 22nd.
Tickets for the event cost $125 and can be purchased at www.wamsbc.ca.
Women Against Multiple Sclerosis is a network of women who are building MS awareness and work to raise money for better treatments and a cure.
The B.C. chapter was formed in 2015 by a group of female researchers, business leaders, and professions with a desire to use their knowledge and influence to inspire others to support fundraising efforts.
Canada has one of the highest rates of MS in the world with 11 Canadians diagnosed every day.
MS is a chronic, often disabling disease of the central nervous system.
Most people diagnosed with MS are between the ages of 15 and 40.
MS is at two to three times more common in women than in men.