The Clock is Ticking, the Big One is due to Arrive 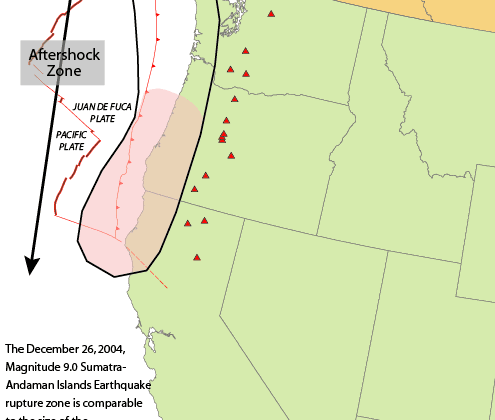 A number of earthquakes off the west coast of Vancouver Island in the last couple weeks has some people concerned that the ‘Big One’ is coming.

However, a spokesperson from the Natural Resources Canada office in Sidney said these shakers aren’t connected to the ‘Big One’ that seismologists have been predicting for many years because they involve smaller plates passing by each other.

Four quakes off the coast of Port Alice ranged in magnitude from 4.2 to 6.8.

Seismologists predict the ‘Big One’ will be a magnitude nine earthquake and affect the Pacific Northwest from Vancouver Island to northern California, otherwise known as the Cascadia Subduction Zone.

This zone is where the Juan de Fuca plate meets the North American plate and earthquakes along this massive subduction zone happen every three hundred years.

It’s been about three hundred years and researchers at Oregon State University said the ‘Big One,’ will start with an earthquake and it will be followed by a tsunami.