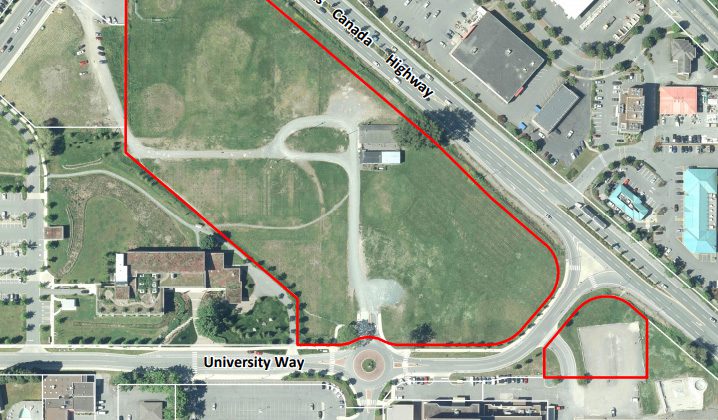 North Cowichan Council will hear from the public before making a decision on a temporary women’s winter shelter.

Council considered the application at its meeting today.

That’s the old concession building in the large, mostly vacant property facing the TransCanada Highway on the same block as VIU.

The Cowichan Women Against Violence Society tried and failed three times to gain approval from Duncan council to set up a shelter.

Executive Director of the society Debbie Berg said this shelter will promote safety and mental wellness for those it serves.

“By providing overnight, dry shelter space for 15 women, we will be saving lives as well as restoring dignity,” said Berg. “We will also be building connections to discover how to move women from a place of needing temporary shelter, to finding a way to become healthier in all areas of their lives.”

Berg said there are a number of guidelines in place to ensure this shelter won’t have a negative impact on the surrounding community.

“An agreement has been made between Wendy’s House (Children’s Play and Discovery Centre) and the Cowichan Women Against Violence Society that during the weekdays, the shelter manager will be present in the building and therefore available to address any immediate concerns that may arise while the centre is in operation,” said Berg. “Discussions with the CVRD and Vancouver Island University about extending their security guards to walk the property are also in process.”

Berg said, “Shelter guests or curious others will be moved off the property during non-operational hours.”

Berg says shelter guests won’t be able to come and go; instead, they will arrive, check-in, have dinner, and go to sleep.

Guests need to abide by a good neighbour agreement, with regard to noise, garbage disposal and any off-site substance use.

BC Housing would provide funding for the operation of the shelter. 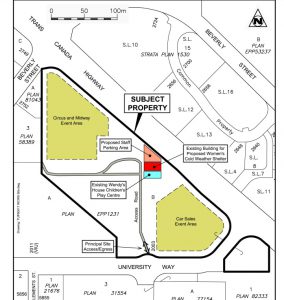 The public hearing is set for December 5th.