Ladysmith Light Up, Back for another year 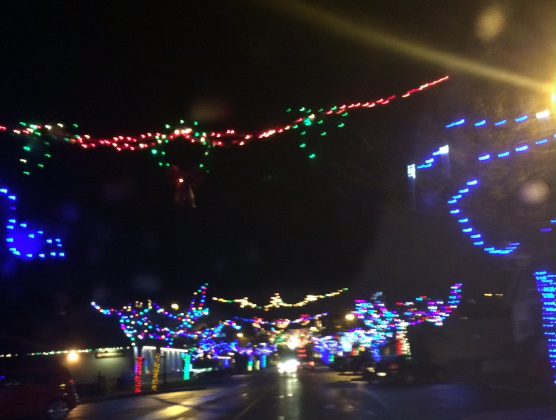 It’s a holiday tradition for many and it’s now into its 31st year, as the famous Festival of Lights in Ladysmith goes on First Avenue tonight.

Alex Cook with the Festival said the town lights up around 6:30 p.m., as Santa Claus, will flick the switch.

“All of First Avenue, from Roberts right down to Symonds Street is covered,” said Cook. “Roberts Street, where City Hall is, coming up to First Avenue is all lit up. We have a couple other smaller sections that are lit up.”

Cook said Santa Claus will flick the switch and the parade will follow the light up of Canada’s best street.

“The actual switch is turning at or around 6:30, it depends on how things get lined up before the parade starts,” said Cook. “Santa Claus is the one on the podium on top of the Royal Bank building and he flips the switch and the lights come on, all down the street.”

A schedule of events and a link to a Go Fund Me page is available on our website, as the lights used on First Avenue are LED’s and are expensive to replace.

Cook says First Avenue will close between Symonds and Roberts Street at 3 pm, and Symonds Street coming down from fourth avenue closes at 4.

Roberts Street closes between 6 and 6:30.

For a schedule of events and details about a Go-Fund-Me page, click here.