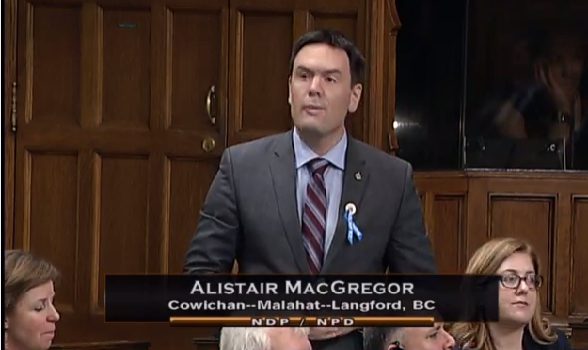 NDP Member of Parliament Alistair MacGregor has been nominated to run again for the NDP in the Cowichan-Malahat-Langford riding.

The nomination was Sunday afternoon.

MacGregor entered the nomination uncontested and it means he will be representing the NDP in the upcoming 2019 election.

MacGregor said too many people in our wealthy country are housing insecure, struggling to pay high childcare costs, or unable to afford their medications and he will continue to fight for positive change in Ottawa.