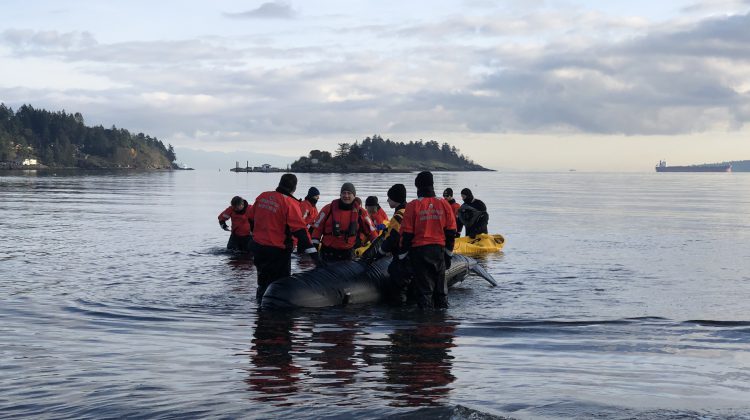 About a dozen Department of Fisheries officers have been practicing their trade at the Departure Bay beach in Nanaimo this week.

Spokesperson Genevieve Cauffope said the first exercise involved inflatable pontoons and a fake whale so officers could learn how to refloat stranded animals.

“The officers learn how to use the equipment. We have a giant blow-up whale that is used to replicate the weight and the size of a cetacean and then they work with the gear, secure the scene and free the whale.”

Cauffope said the scene looked very real and some onlookers stopped by to ask if the whale was going to be okay.

The other exercise involved teaching the DFO officers to attach a satellite tag onto a whale stuck in fishing gear so they could go back later and untangle it.