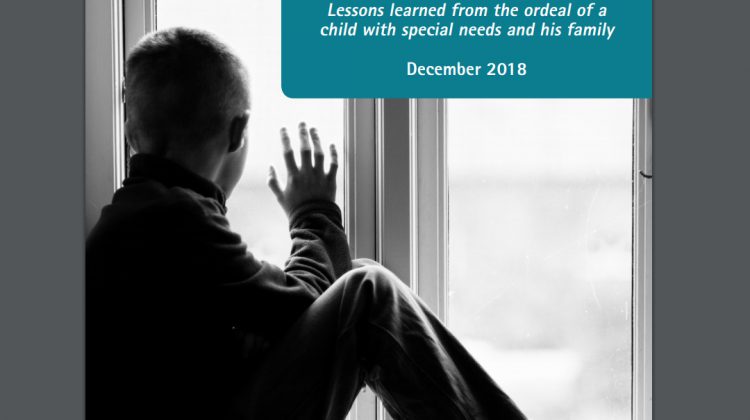 The Representative for Children and Youth has released a scathing report about a 12 year old autistic boy who suffered for a decade despite repeated reports to social workers.

The Representative’s Dr. Jennifer Charlesworth said the boy was removed from the care of his mother in January 2016, weighing just 65 pounds and suffering from signs of neglect so abhorrent that first responders who arrived at the home were traumatized.

Charlesworth said the Ministry of Children and Family Development knew about the boy’s predicament since 2006 but no child protection social worker ever laid eyes on him.

The Minister now in charge, Katrine Conroy said she was horrified to learn what the boy went through and the ways he was let down by a system meant to protect him.

Conroy said her Ministry is developing a “children and youth with special needs” services framework to guide the delivery of services to better meet the specific needs of children and their families.