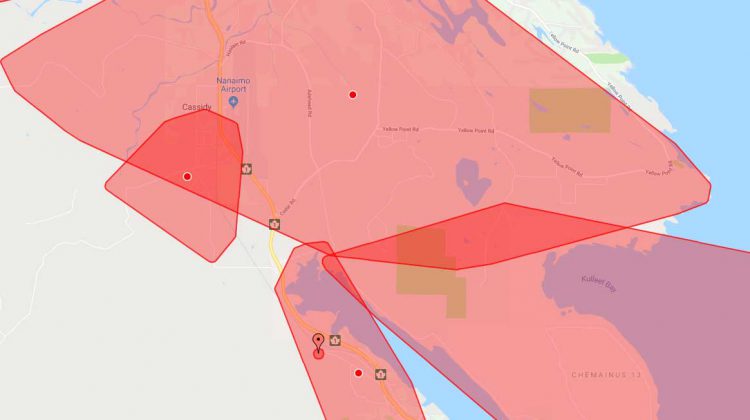 Update: Power has been restored to more than two thousand BC Hydro customers in Ladysmith, Thetis Island, and Penelakut Island.

More than two thousand BC Hydro customers in Ladysmith, Thetis Island, and Penelakut Island are without power this afternoon.

The cause of the outages is being investigated and Weather Network Meteorologist Tyler Hamilton said Duncan is protected from some of the strong winds.

“Duncan is in a very protected spot from east-southeasterly winds, you have a little bit more Gulf Island protection,” said Shaw. “You’ve got Salt Spring Island nearby, so those buffer some of the winds inland around Duncan.”