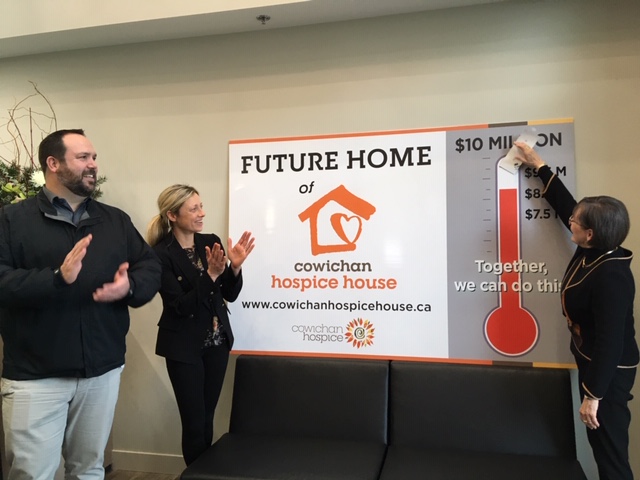 In just six short weeks the community stepped up with half a million dollars for a hospice in the Valley.

The campaign saw the Cowichan District Hospital Foundation offer to match dollar for dollar donations from the public up to half a million dollars.

Christa Fox is the chair of the task force working towards creating the hospice in the Valley.

“I think it’s really important to mention the physicians in our community who are so supportive of this because they know the kind of care that is required for a dying patient.”

Eight and a half million dollars has been raised over the last 3 years and Fox is hoping the ground will be broken on the hospice next year.